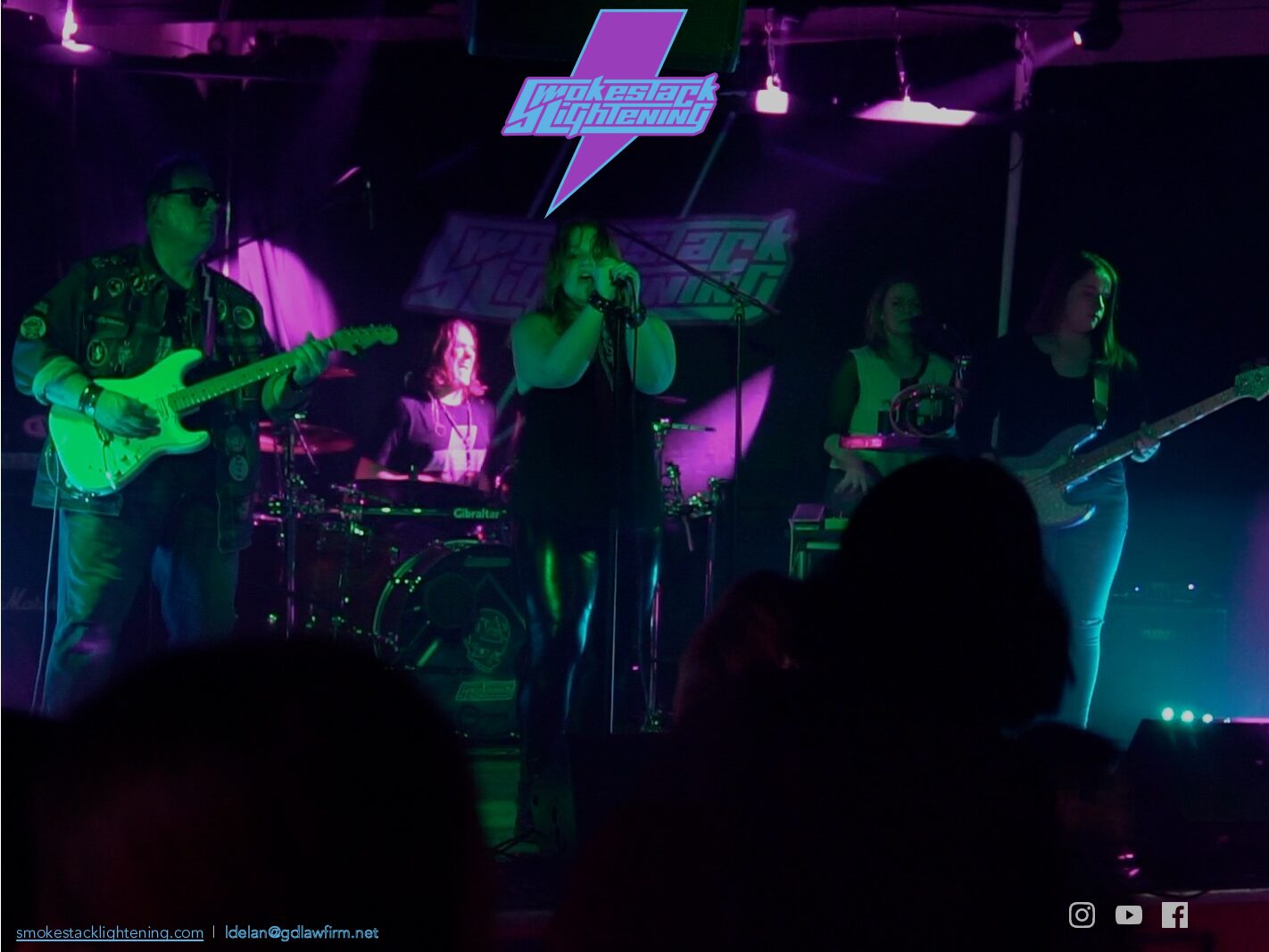 Formed in 2018, Smokestack Lightening
was born out of pure love and passion for
music. Smokestack Lightening is a band
steeped in Rock and Roll influenced by
Classic Rock, Blues Rock, Hard Rock and
Southern Rock.
Smokestack Lightening pride themselves
on their unique brand of Rock and Roll and
high energy performances. Their original
sound is an eclectic mix of sonic
inspiration drawn from the bands that
have most inspired them: Black Sabbath,
Led Zeppelin, Soundgarden, Alice in
Chains, AC/DC, and the Foo Fighters.
They fuse the gap between the young and
old, causing even the most casual listeners
to tap their feet and want to sing along to
their catchy choruses.